The results are released as the social care sector continues to come under unprecedented pressure during the Covid-19 outbreak, with health and social care services in the UK and overseas rapidly adapting to support vulnerable people living alone.

Involving three separate studies, the independent research1 includes analysis by health economists and academic researchers in York and Barcelona. It considers the benefits of proactive, reactive, and personalised use of technology to support people in their own homes, in the UK and Spain.

This is the first time the socio-economic value of telecare has been studied in this way – and features analysis of Lancashire County Council’s advanced reactive (emergency response) telecare programme - one of the largest of its kind in the UK.

Zillah Moore, Marketing Director UK & Ireland of Tunstall said: “Until now there has been lack of independent analysis on the impact telecare is having on health and social care systems – and this is the first time the socio-economic value has been studied in this way. It proves the benefits that can be realised, and that when technology is deployed in a person-centred way, it can create a more sustainable and resilient health and care system.”

Tony Pounder, Director of Adult Services at Lancashire County Council said: “We have invested significantly in telecare over last five years, working with Tunstall, and Progress Housing Group to help keep people safe, improve their outcomes and in turn provide more cost effective care.  We’ve seen where it can save lives, and support family and other informal carers, giving them peace of mind. Telecare triggers a quicker response in an emergency and reassures people who know their relative is safer and living more independently at home, where the majority of older people prefer to be.”

Health economist Nick Hex of the York Health Economics Consortium, who studied Lancashire’s Telecare service, said: “We are now doing further analysis to find out whether telecare makes a difference in the use of NHS resources, for example visits to A&E and admission and readmission to hospital.”

At all times the use of anonymized data of both services users, professional and family carers has been guaranteed following current data protection regulations.

The Transformational Potential of Telecare white paper was commissioned by Tunstall with independent analysis and compilation by Ignetica Ltd.

This new report shows how advanced use of telecare is helping older people stay independent at home for longer – supporting them to feel safer and more self-sufficient, delaying a move to a care home and helping local authorities free up millions in social care funding. 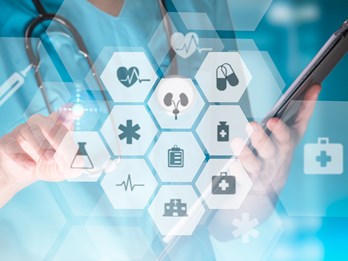 Tunstall has been creating innovative products and services to help older people and those with long- term needs live life to the full for over 60 years. Read more about our innovative approach to transforming care and health in the UK.